A 2-year-old girl in the United Kingdom has an extremely rare genetic disorder that’s said to be a form of the so-called “Benjamin Button disease.”

Isla, who has only recently begun to crawl and weighs just 15 pounds, was born in February 2017. She arrived weighing 5 pounds and 10 ounces, her mother, Stacey, 33, told SWNS, a British news agency. She was not diagnosed with mandibuloacral dysplasia until October of that same year.

“We nearly lost her — she was fighting against everything they were trying to do,” said Stacey. "She was incubated for the first five days of her life and put in an induced coma, so we were unable to hold her.” 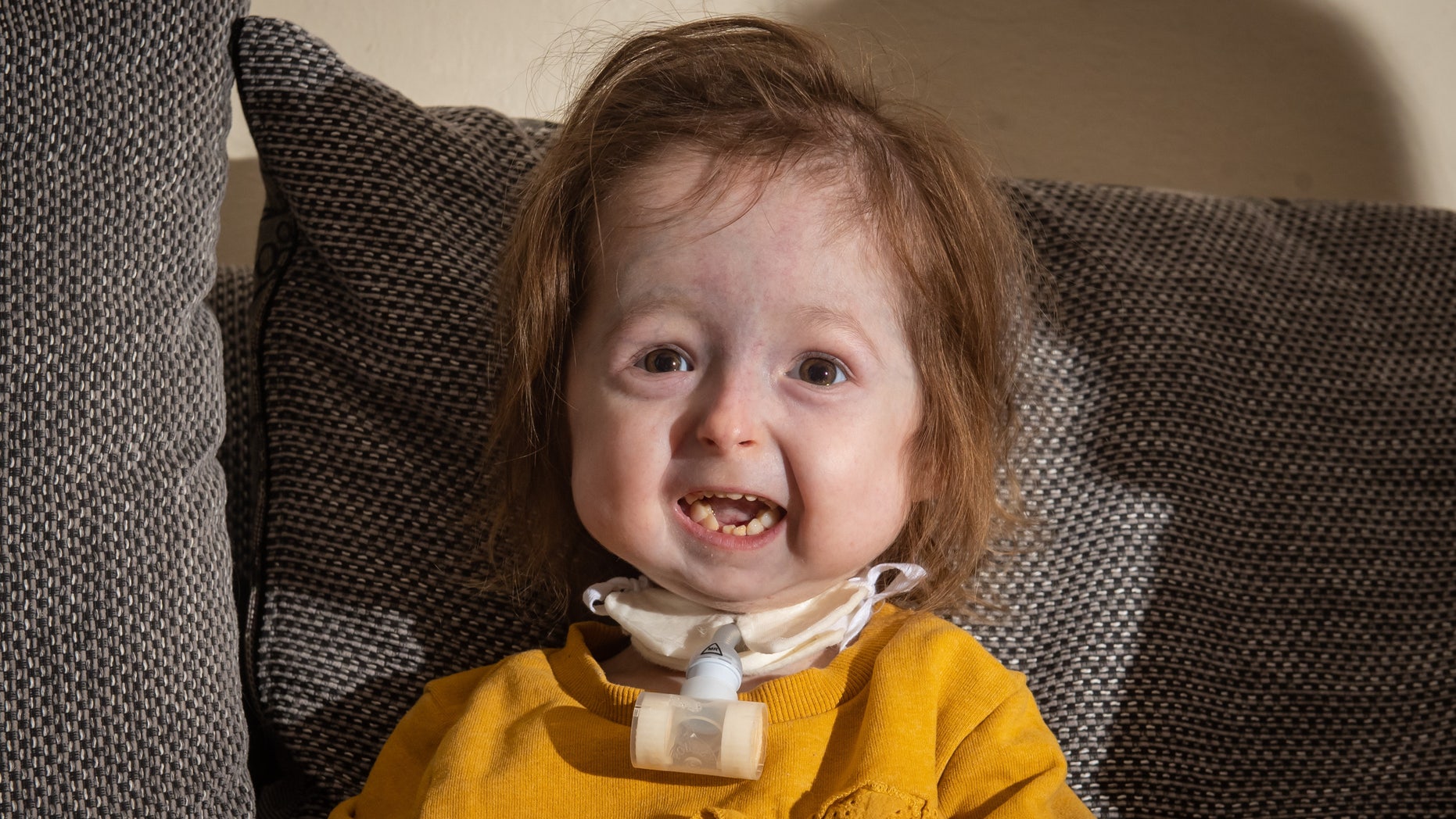 Isla Kilpatrick-Screaton from Leicester, UK, who was born with an allegedly never-before recorded form of mandibuloacral dysplasia. (SWNS)

Just six days after bringing Isla home, Stacey said she and her husband Kyle, 36, were forced to call emergency officials when Isla began to choke.

“We had to ring an ambulance after six days because she started choking, spluttering and turning blue when we were bottle-feeding her. One of us would do CPR while the other held the phone. It was awful for our daughter Paige to see,” she said of the couple’s other child, who is 7.

“In the hospital, they managed to clear her airways and she spent another two weeks there,” she continued. 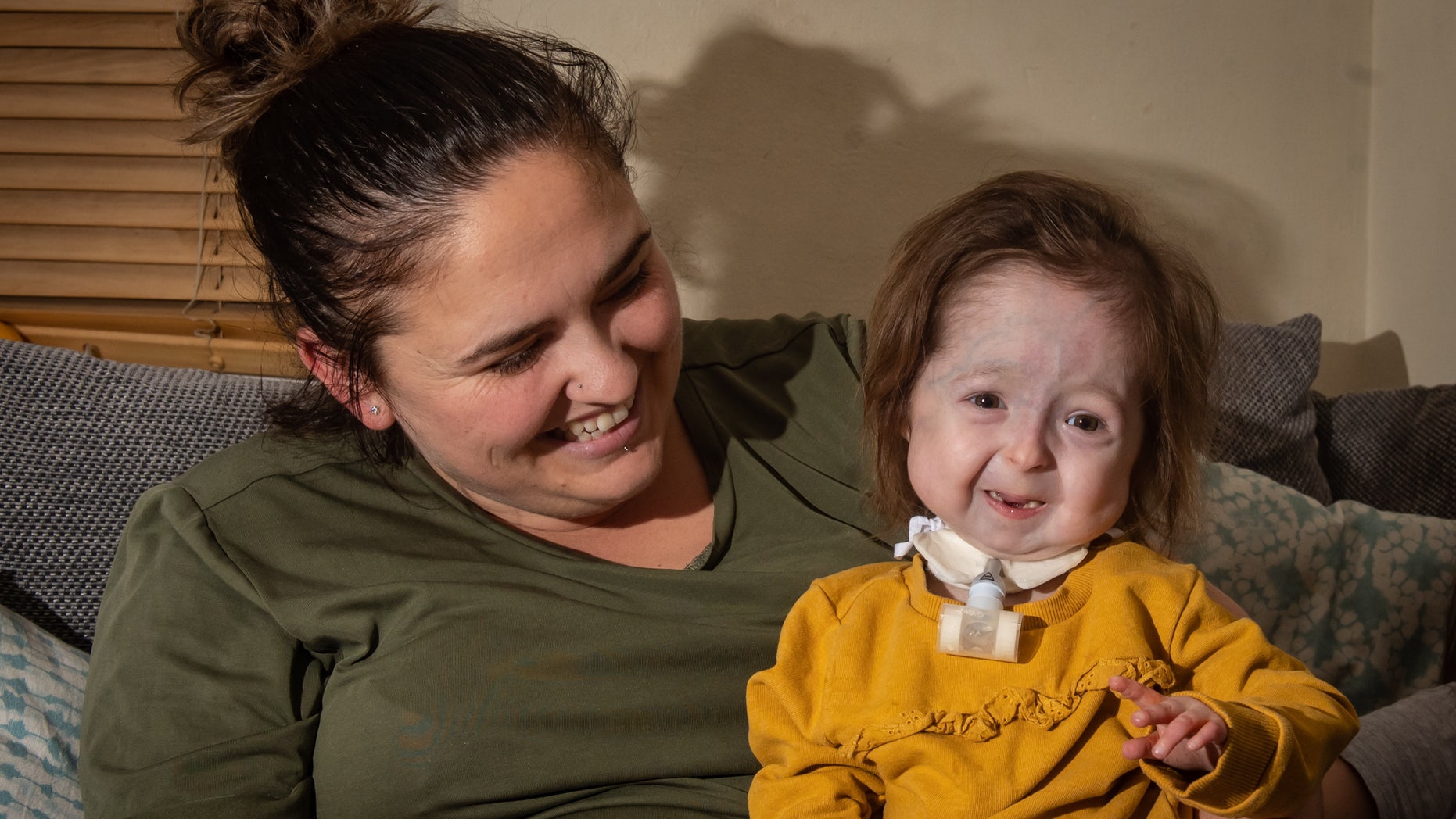 Isla with her mom Stacey. (SWNS)

“Her symptoms are narrow airways; pale, thin skin and a small jaw which means her tongue is far back in her throat, which can stop her breathing,” her mother said. “She sees about 12 consultants, has from one to six appointments a week and has a whole cabinet of medical records." 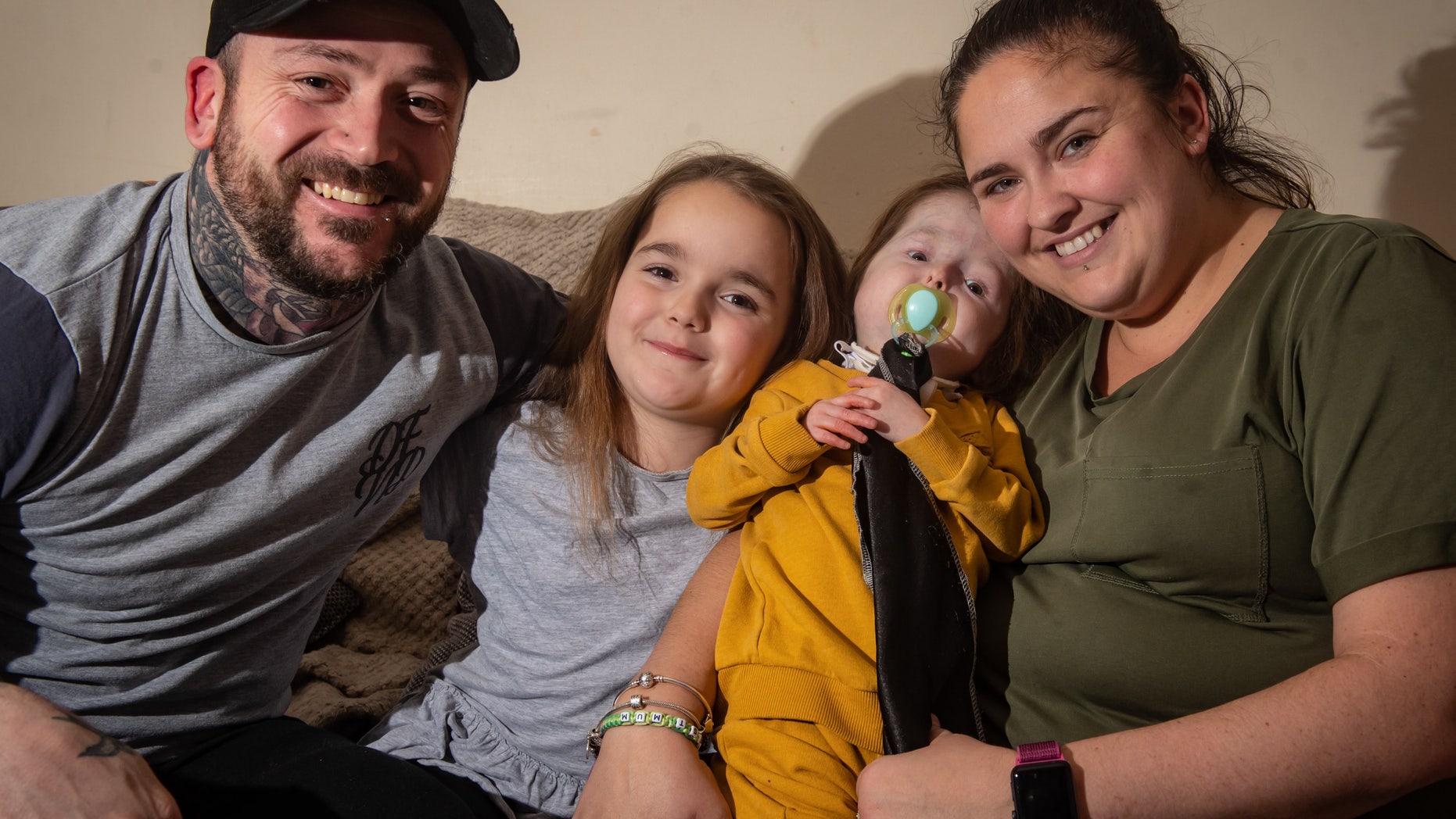 Isla with her parents Stacey and Kyle and sister Paige. (SWNS)

“She can’t cry so when she sleeps she’s attached to a heart monitor and an alarm goes off when she wakes up. This means we can sleep at night.”

“她不能哭，所以當她睡覺的時候，會連著一個心臟監測器，一旦她醒來，警報就會響起。這使得我們晚上可以放心睡覺?！?br />
Despite everything, Stacey, who now works as Isla''s full-time aide, said her youngest daughter “is very expressive and communicative” and is a “happy little girl.” But, she noted, "it takes a lot out of the family.”

盡管如此，斯泰西現在是艾拉的全職助手，她說她的小女兒“非常善于表達和交流”，是一個“快樂的小女孩”。但她指出，“這讓家庭付出了很多?！?br />
"We''re told her condition isn''t life-limiting but we just don''t know for sure as her case is so unique,” said Kyle of his “extremely small and frail” daughter.

對于“這么幼小和虛弱”的女兒，凱爾說：“醫生告訴我們，這種病不會影響艾拉的壽命，但我們還是無法確定，畢竟她的情況是如此特殊?！?br />
"We have been left in the dark somewhat. We have been told its mandibuloacral dysplasia of which there are usually two types A or B. But Isla doesn''t fall into either of these categories so we don''t entirely know where we stand," he said. "There''s not really any support available so we just take it day by day.”

RN64
Sweet little girl. Best wishes to this innocent child and to her family. God bless them.